Asking for a Raise, and Getting It 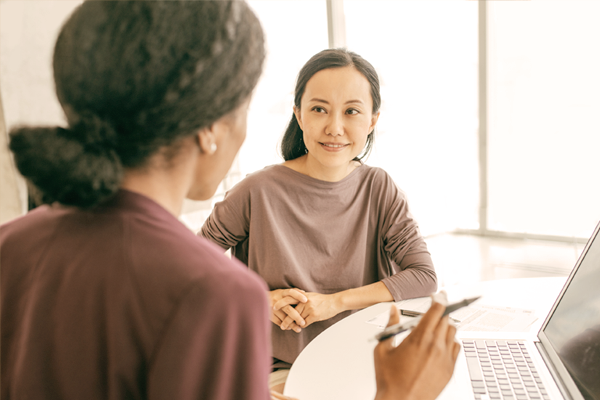 You’ve been in your current position for a while, and you’re feeling great about the work you’re producing for the company. Praise is flowing in, metrics are positively trending and you’re becoming invaluable to the team. As your responsibility and value to the company increases, it’s time to ask for a raise. Get paid, ladies!

Did your anxiety level just raise considerably? You’re not alone. In fact, one survey even reports that 61% of women would rather talk about their own death than talk about money!

Speaking up is the first step

When you’re doing a great job, asking for a raise is completely acceptable. Just ask the men: according to some studies they are 4 times more likely to ask for a raise than their female counterparts.

By asking for a raise, each extra dollar you negotiate helps to close the pay gap, not only for you, but for all of us. 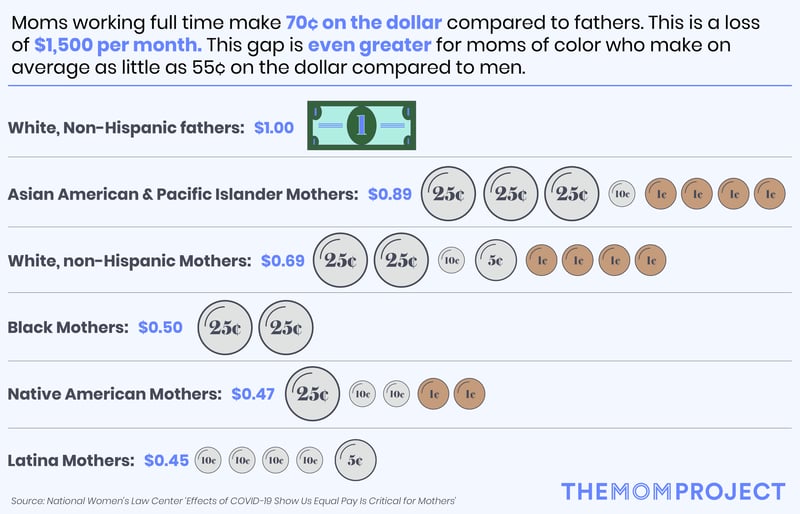 Mothers face inherent biases that they are less reliable (taking a sick day to care for a sick child), less committed (leaving earlier than male counterparts to pick up kids) and less driven (opting out to raise children). While moms face a penalty for parenting, fatherhood is often rewarded as a sign of greater stability and commitment.

This motherhood penalty isn’t evenly applied, either. For women in the highest earning brackets, it’s virtually non-existent. As wages decrease though, the penalty women face increases. Because women of color are already earning less than their white female and male counterparts, this penalty impacts these communities exponentially. In other words, the women who can least afford it are penalized the most.

This penalty also stalls women’s lifetime earnings. Typically, American earners experience the greatest lifetime gain between ages 35 and 44—the same time period when many mothers are taking time off for the birth of their children or to raise them. This additional time off can impact future promotions and landing new, higher paying jobs after a gap.

Even in Denmark, where men and women both receive a full year’s paid leave, mothers experienced a sharp decline in their earnings after the birth of their first child‚ sometimes making as much as 20% less than fathers.

Moms are a major value-add

In a survey of 500+ working professional women by WerkLabs, it was concluded that moms add serious value in the workplace by creating more positive employee experiences, driving greater workplace inclusivity and heightened productivity (shout out to our multitasking mavens!).

What a raise really means

A raise isn’t a compliment or a favor. It’s recognition that you’re now contributing more than you were before. It’s an indication of your overall value to the company. You’ve earned your raise. Now it’s time to ask for it and get it.

It’s up to you to lead this conversation. The more examples you can share of how you’ve added value to the company, the higher the probability you will receive the raise you’re asking for.

This value portfolio can include:

Even if you’re not asking for a raise or promotion, revisit your value portfolio every quarter.

Now that you have all this information ready to share, consider the most effective way to present it to your boss. What is the format of your meeting? If you’re meeting over coffee or lunch outside the office, compile a folder that’s neatly organized. If you’re meeting in a conference room, create a slideshow.

Should you ask for a raise, a promotion or both?

Ask for a raise if:

Ask for a promotion if:

When to get both: You should never accept a change in your title and responsibility without being compensated for it, too.

📖 Read more: Advocating for a Promotion

The right time to ask

Your company’s review and raise processes should guide the timing of your request. If your company already has an annual review schedule, you’re less likely to receive a raise if you ask outside of this timeline. Don’t work for free. If your workload or job scope has dramatically increased, you should ask your supervisor if the review timeline can be accelerated in order to review your performance and compensation sooner.

The right time to ask varies widely by company and can also be influenced by unexpected factors like a record quarter that you contributed heavily to (make the ask while the win is fresh!). On the other hand, if the company has just gone through a round of layoffs, it may be better to wait until things are more stable even if you’re due for an annual review. Times like this can be a great time to take on additional responsibilities or begin to support other departments you may ultimately like to work for.

Before you can ask for a raise, you need to determine what amount is reasonable. You may already have an idea of how much you would like to make based on your expenses, but it’s important to consider what’s even possible.

Think beyond the paycheck

In addition to negotiating your salary, you can also look at other non-cash benefits as a way of helping you reach your financial goals.

Now that you know how much you’re asking for, it’s time to craft the perfect pitch. Your request should focus on why you’ve earned this increase, not why you need it. Keep the focus on your accomplishments and the value they have added to the company.

Women tend to be better at negotiating for others than they are for themselves. If you’re nervous about bringing up the conversation with your boss, it can help to think about how getting the raise could benefit your family. Could this mean fewer overtime hours? Will you be able to send your kids to college debt-free? Thinking about your loved ones can help you combat the idea that you’re asking for a raise out of self-interest, even though it is perfectly right to advocate for value for just yourself anytime!

Think of this conversation in terms of your career path, not just getting a raise in the short-term. Frame your statements in a way that suggests you are interested in being a part of the company’s future growth.

Your boss most likely won’t be able to give you an answer on the spot without speaking to other decision makers or reviewing your request a bit more. End your meeting by asking when they may be able to let you know something.

Next, follow up with a thank you note (email is fine if that’s your company culture!). Be sure to include an electronic version of your portfolio to make it easy for your manager to share it with other decision makers.

What to do if the answer is “no”

There are several reasons why your boss might not be able to give you a raise at this time.

Regardless of how the conversation goes, recognize this negotiation as a valuable learning experience. If you get the raise, use it as motivation to continue working hard to show your boss that they made the right decision. Otherwise, take their feedback to heart and use it to become stronger in your role. You’ll have to go through negotiations like this throughout your career, so it might be a good idea to write down what you learned from this conversation, and use your newfound knowledge to prepare for next time.

Navigating work and parenting is a balancing act. Join The Mom Project to access job opportunities, career development resources and connect with a network of professionals that value work and family. 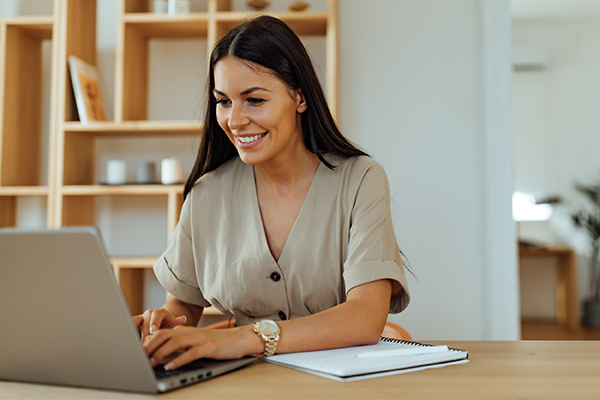 Employee Reviews: The Different Types & How To Prepare 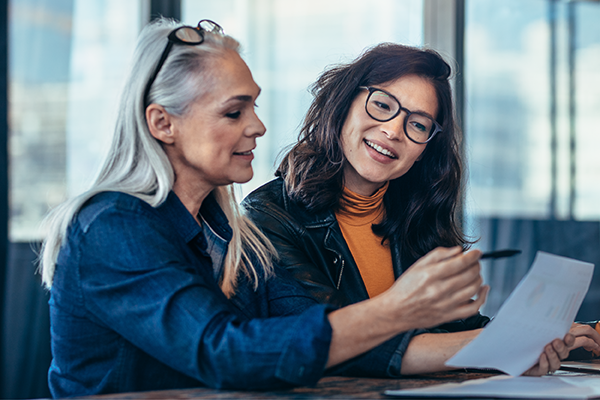 What is the Difference Between a Career Coach, Mentor & Sponsor? 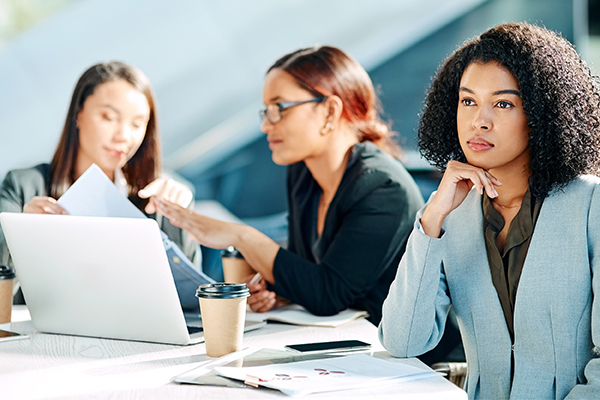