6 Inspiring AAPI Women in the Workforce 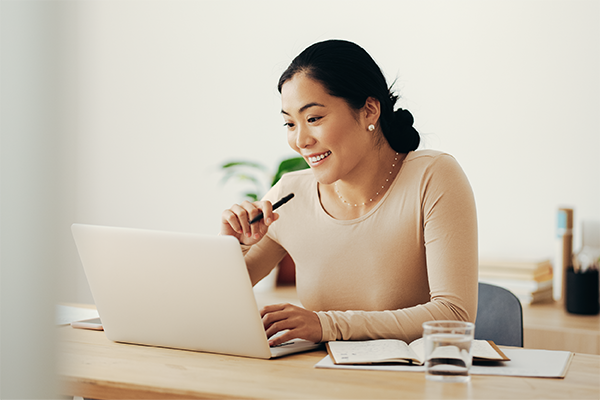 May is Asian American and Pacific Islander (AAPI) Heritage Month, and The Mom Project is happy to celebrate the many amazing AAPI women in our community. Around 7.6 million AAPI women actively participate in the U.S. workforce, and everyone makes a substantial impact.

While well-known women have earned all of their attention over the years (looking at you, Kamala Harris), many other lesser-known AAPI women are also making essential impacts in this country. As part of our AAPI heritage month celebration, we want to spotlight these incredible women who have founded their own companies, have made history, or have used their place in the workforce to drive some kind of change.

Here are some of their stories. 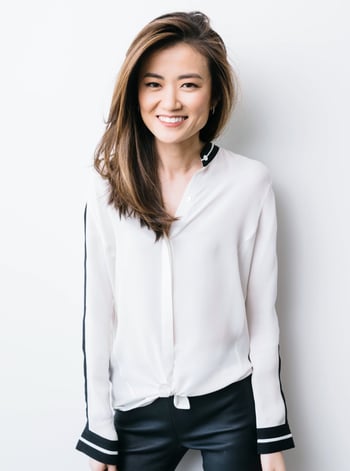 In 2017, Chao Wang and her friend, Janel Molton Hertz (a mother of two), founded the kids' clothing subscription company, Dopple. In an interview with Forbes, Wang explained that the inspiration behind this business was her friends, who are parents. She said she noticed that they treated their children as they treated themselves, dressing them in clothes of similar quality, feeding them organic food, and prioritizing sustainability whenever possible when purchasing baby items. She also noticed how incredibly busy these parents were and realized the need for a clothing subscription box. She said, “We wanted to create a convenient service that helps parents dress their kids in the most stylish but affordable clothes and brings them a spot of joy in their busy harried lives as parents.”

Dopple continues to thrive today, and Wang currently serves as the company’s CEO. It isn’t her first successful business story, either. Before Dopple, Wang spent more than a decade leading teams and operations and helping to create business strategies for various start-ups. At this rate, there’s no telling what her next big (and likely successful) move will be – but it’s clear this is just the beginning for her. 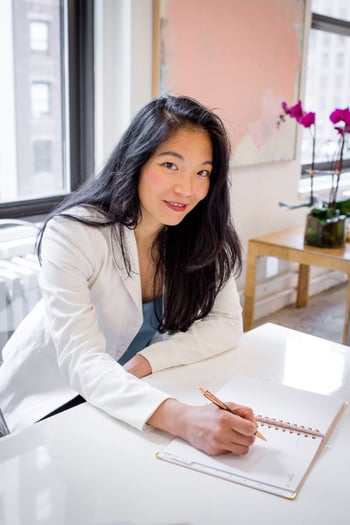 You could say that The Mom Project’s founder, Allison Robinson, and Georgene Huang have something in common: they want to make work a better place for women and moms. In 2015, she co-founded the company Fairygodboss, a woman-focused website that provides career advice and company reviews and highlights job openings. The inspiration behind her business? Her own story.

When she was two months pregnant, Huang was let go from her job at Dow Jones. When she went out to find a job, she was in a challenging position as a pregnant woman (as so many of us can relate). She realized how hard it was to find information about companies’ maternity leave and general benefits offerings. Thus the seed was planted and Fairygodboss was born – not long after her baby was!

As a business owner, she ensures she treats her employees the way she wants to be treated. She told The Return Project, “We made sure that we would always be able to offer our employees what they need when trying to start or grow their families.” She means offering paid parental leave for birth, adoption, or fostering, flexible work hours that employees can set themselves, and remote offices. She’s truly a champion for working women and moms. What’s better than a mother-daughter business success story? One that also involves coffee.

Rachel Han and her mom, Jiyoon, are co-founders of Bean & Bean, a coffee shop. The company started in 2008 with a single store on Wall Street and has since expanded to four locations in New York. They also offer a multi-national subscription delivery service.

It isn’t just your average coffee, though. Not only are their products organic and fair-trade. But its business model is based on its mission to bridge the gender gap within the coffee industry. Whether by hiring women to work in their brick and mortar shops or working with supply chain partners who are on board with this mission. And, as if this isn’t enough, they donate 1% of all online sales to The Sloth Institute, so they’re taking care of our environment, advocating for women, helping sloths, and delivering caffeine right to people’s doorsteps. Rachel and Jiyoon are heroes. 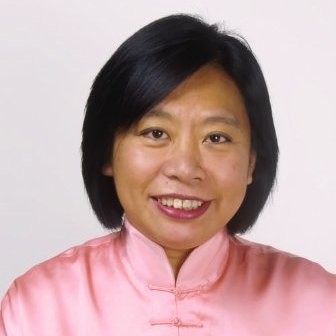 Living in New York, Xiaoning Wang would take walks around the park with her son, and over time she started to notice how many families had adopted children from China. Over the years, parents would come to her and ask for guidance or insight into Chinese culture to better connect their children with their heritage. Eventually, Wang realized there were not nearly enough resources for adoptive parents of Chinese kids. In 1999, she started ChinaSprout, where adoptive parents (or anyone interested in Chinese culture) can purchase Chinese culture and or education resources.

Since its inception, the business has seen its fair share of peaks and valleys, especially as books and educational resources became more widely available online through places like Amazon. Still, she has done her best to keep the business afloat, and her mission remains the same: to help families, especially those with adoptive children from China, learn more about Chinese culture. 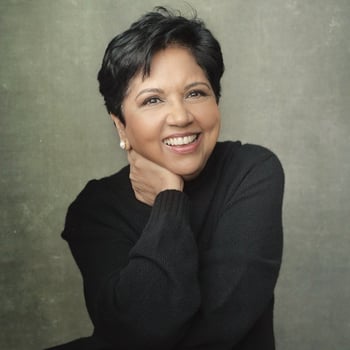 Among some of the country’s most successful women in business is Indra Nooyi, who, as of 2021, has a net worth of more than $290M. She began her career in the 1970s as a product manager for companies like Johnson and Johnson. By 1986, Indra had worked her way up to the position of Senior Vice President of Strategy and Strategic Marketing for Motorola. In 1994, she began working for PepsiCo, where she spent years as an SVP before moving into a President role and then into the CEO position in 2006. She spent 12 years as PepsiCo’s CEO and since 2018, she’s been serving on advisory boards for companies like Amazon and Phillips and committees and councils for places like MIT and West Point.

Nooyi grew up in India and was the first woman of color and immigrant to lead a Fortune 500 company in the U.S. During her time as CEO of PepsiCo, she grew sales by 80%, introduced healthier options, and implemented more environmentally-friendly operations. And she did all of this while raising two beautiful daughters. She's one of the most iconic working moms ever.

As impressive as these women are, so are the millions of other AAPI women in the workforce (and beyond). At The Mom Project, we know that every woman’s contribution to the economy is essential, and we are thrilled to celebrate AAPI Heritage Month with our community. 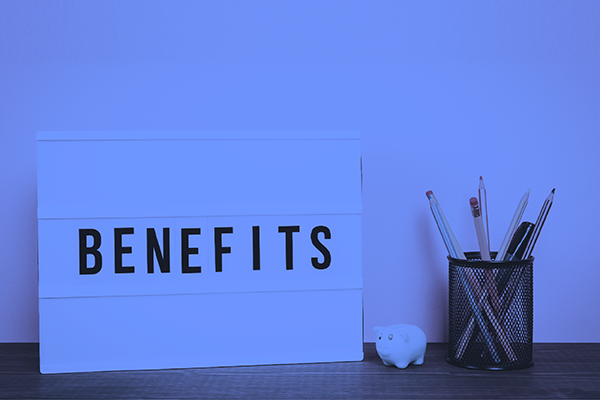 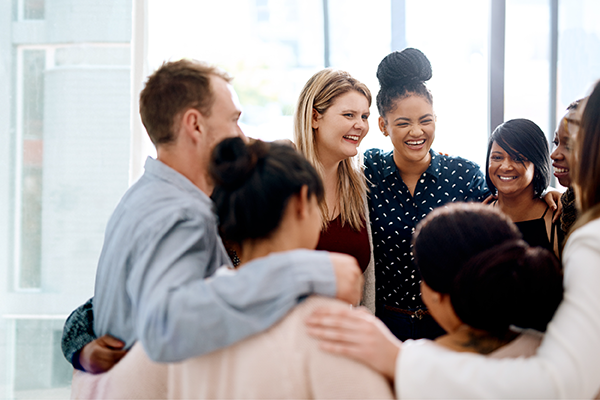 Grow Your Career by Joining a Professional Community 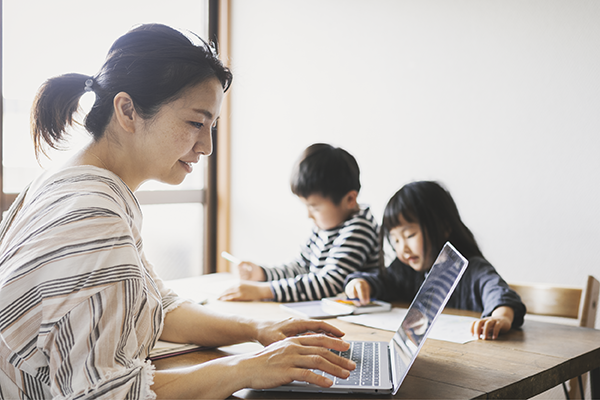